How Much Gold is Left in the World

With the gold price skyrocketing in recent years, it has become increasingly important to know how much gold is left in the world. How much longer will we be able to mine for gold? How much time do we have before all the gold in the world is gone? How long until there’s a worldwide shortage and people start hoarding supplies like crazy?

These are just a few of the queries this article seeks to answer.

Where is the Gold?

The majority of the above-ground gold is found in our rings, necklaces, bracelets, and other jewelry. However, once it has been incorporated into jewelry, gold becomes difficult to follow. Roughly a fifth of the world’s gold is stored in private accounts. The rest is divided between official holdings and various initiatives.

The bulk of the gold in official reserves is in London. The miscellaneous category includes projects that use gold in a technological or scientific way. We continue to discover more applications for gold as technology advances, including space exploration, nanotechnology, and environmental management. Gold’s flexibility and longevity make it ideal for such endeavors.

Yet, in these applications, gold “vanishes.” Because the quantities of gold utilized in scientific applications are so tiny, it is impossible to reclaim or recycle them. In other situations, the gold utilized in day-to-day electronics is simply thrown away with the gadget when you have had enough of it.

Apart from determining how much gold is in the world, we can make informed judgments about which countries have the most of it. It’s no surprise that the United States holds more gold than any other country: over 8,000 tons. Germany, and Italy, which have a combined total of close to a fifth of the world’s gold reserves, have less than half of that. The United States is the only one of these three countries to be a significant producer of gold.

How Much Gold Has Been Mined?

According to reports, humans began mining gold about 6,000 years ago. It’s difficult to tell exactly how much gold has been taken from the earth since man started mining it. According to specialists, our best guess is that there are between 190,000 and 200,000 tons of above-ground gold.

Over two-thirds of the gold has been extracted since the 1950s, with the first third dating back to millennia before that. Despite being a soft metal, gold is quite indestructible. We can thus be fairly sure that the majority of the gold that has been mined has not been lost. That being said, a portion of our entire quantity of gold is “disappearing.”

How Much Mineable Gold is Left?

Only a few thousand tons of gold remain to be discovered, according to experts. Even so, you can’t be sure how much of this amount is extractable. Everyone understands that the earth’s crust is made up of four parts per billion gold. Also, gold is found and extracted from the sea, which is thought to contain about 10,000 tons of gold. Even Antarctica, the continent, is rumored to have enormous deposits of gold trapped within the ice.

It is feasible to extract gold from other elements in a lab. As a result, we may never truly run out of gold as long as technology improves. Everyone knows that not all of the gold buried deep inside the Earth’s crust may be found and mined at this time.

For example, extracting gold from the ocean is not profitable, and the deposits we know of in Antarctica are trapped by ice and protected by severe weather conditions, making them hazardous and expensive to access.

The expense of extracting gold from different elements is prohibitive, but more significantly, the technique generates radioactive gold that is unfit for human usage. Our only option now is to search for new underground deposits of gold.

Will the Market Reach Peak Gold?

Some investors may be reminded of similar worries about the finite amount of oil on Earth when they hear that there is a chance that most gold in the world has already been mined. With crude prices skyrocketing to well over $100 per barrel, Goldman Sachs analysts published their famous prediction in 2005 that oil prices would rise as high as $200.

The prospect that the world’s oil supply was rapidly approaching “peak oil production,” and as desperate consumers — both motorists and industrialists — competed against one another for each of the few gallons of gas available, the cost of oil could only rise.

Of course, that’s not what occurred. The price of oil tumbled for months before plummeting, then accelerated. It fluctuated in the $100 range, then plummeted. The cost of a barrel of oil spent much of 2016 at less than $40 and much of 2017 at less than $50, yet it sells for nearly $70 today.

Is it possible that gold can go the same way? It is debatable.

When Will the Gold Run Out?

Production of gold has decreased, as have discoveries of gold veins. However, it is uncertain when gold will no longer be able to be mined. Others predict that by 2035, we’ll run out of gold to mine, while others put the date much closer to 2070.

The conclusion of gold mining will be determined significantly by whether or not we discover additional deposits. Another possibility that could push back the end is significant technological breakthroughs that would enable us to extract gold from unusual places without risk. That dream, while wishful, is far-fetched in the near future.

The good thing is that the end of gold mining does not signify the end of gold. Gold, unlike all other metals, is highly durable. It does not break, corrode, or rust in the same way that other metals are known to do. This is due to gold’s lack of oxidation.

As a result, we can reclaim the gold that we already have. That being said, the use of gold in many modern technologies makes recycling difficult. Gold in computers, for example, is not recyclable. The gold that was used in electronic devices is already being recycled. Unfortunately, these efforts have yet to produce any positive results. It’s probable that none of the gold discarded in broken electronics will ever be recovered.

The Opportunities for More Gold Mining

Gold miners may also select to become gold divers. Recent discoveries of precious metals deposits on the seafloor surrounding thermal vents suggest that certain excellent seabed locations could include gold deposits at amounts of up to 6 grams per metric ton.

Even at extremely diluted levels of average concentration, the top four kilometers of Earth’s crust alone hold as much as 122 billion metric tons of gold, according to experts. This suggests that if new technologies are developed, allowing profitable extraction of gold from ore containing lower-than-average gold densities. There may be a lot more gold in the world – discoverable, mineable, and refinable – than it appears.

Even if all available gold reserves on the planet were to be consumed, the world could still not run out of gold. Astrophysicist Neil deGrasse Tyson believes that individual space rocks within the Asteroid Belt might be packed with gold — perhaps as much as a half-ton or more in the core of any given asteroid.

There are over 150 million asteroids of over 100 meters in diameter in the Asteroid Belt that Dr. Tyson didn’t promise would be true for every asteroid in the Belt, with more than 150 million such bodies available for selection. If a small proportion of those space rocks contain gold, it could dwarf Earth’s surface quantity.

As gold reserves on Earth decline and gold prices on Earthrise, future explorers and developers may be inspired to look for new sources of gold in areas no miner has previously explored.

The following are the top ten nations with the greatest gold reserves.

During the Bretton Woods system of international exchange, when the United States offered to house other countries’ gold in return for dollars, it was claimed that between 90% and 95% of the world’s gold reserves were stored in American vaults. Over 75% of its foreign reserves are still made up of gold decades later.

Some have urged Italy’s government to sell some of its gold reserves in order to raise money as a result of the eurozone crisis, but no such plans ever came to fruition.

When former French President Charles de Gaulle threatened to pull the plug on the Bretton Woods system, which was still recovering from World War II, U.S. authorities responded by actually trading dollars for gold from Fort Knox reserves. Then-President Richard Nixon, who recognized that the pre-fixed rate of $35 per gold ounce was too low, was compelled to eventually withdraw the United States from the gold standard, ending the dollar’s fixed convertibility into gold.

In 2018, Russia surpassed China as the world’s fifth-largest holder of gold. The growth of Russia’s gold reserves was interpreted as an attempt to diversify from American investments. Russia mostly sold U.S. Treasury bonds to acquire the bullion.

In late 2015, the People’s Bank of China began disclosing its gold buying activity monthly for the first time since 2009. Although China holds sixth place in terms of total gold reserves, it accounts for just 3.3 percent of its overall reserves. As of 2021, China will allow both domestic and international banks to import significant quantities of precious metals into the country in an effort to support prices. According to reports by Reuters, as soon as April or May, about 150 metric tons worth $8.5 billion will be imported into China.

Switzerland is in seventh place, with the world’s highest gold reserves per capita. During World War II, Switzerland served as a neutral gateway for trade in Europe, and it became the focal point of the European gold market. Today, much of its gold trading is handled via Hong Kong and China.

Japan, the world’s third-largest economy, is also home to the eighth greatest amount of gold hoarding. Its central bank has been one of the most aggressive quantitative easing users—in January 2016, and it cut interest rates below zero—which has helped boost demand for gold across the globe.

The Bank of India is one of the world’s largest gold shops. The country with 1.25 billion people is the second-biggest consumer of precious metals and a key driver of worldwide demand. Historically, the Love Trade has benefited greatly from India’s wedding and festival season, which runs from October to December.

The Dutch Central Bank revealed that it would relocate its gold vaults from Amsterdam to Camp New Amsterdam, approximately an hour away from the city, because of difficulties with security at its present site. Given that the bank recently repatriated a huge amount of its gold from the United States, this appears strange.

Gold is a precious metal that’s been with us for centuries, and it’s an integral part of our culture. Purchasing and holding gold is one of the best ways to save and invest in your future because you can use it as collateral or sell it when needed and because gold prices are usually stable over time.

This means there are many more reasons than ever before to consider investing in this timeless commodity. It is not just as protection against inflation or financial uncertainty but also because you can buy gold coins or bars without having any idea what they’ll be worth decades from now! 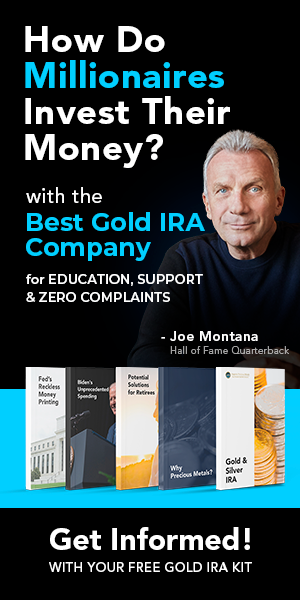