Zcash is a cryptocurrency that provides anonymity to its users. What does that mean? It means that Zcash transactions are published on the blockchain, but they can be made unlinkable, meaning information such as sender and receiver will not be visible for each transaction.

What is Zcash?: The Ultimate Beginner’s Guide

Zcash (ZEC) is one of the most popular privacy cryptocurrencies, employing cutting-edge encryption technology to provide users extra anonymity when conducting transactions.

With Zcash, cryptocurrencies were previously mostly intended to be “pseudonymous,” as Bitcoin (BTC) is, in which data about the number of money users transferred, the addresses they sent cash to, and received funds from was always recorded on the blockchain for everyone to see.

While cryptocurrency advocates may claim that it offers anonymity, this isn’t the case by default. Information can (and sometimes is) connected back to the individuals who conduct transactions, whether via businesses, governments, or malevolent actors.

Zcash was launched in 2016 and provided a higher degree of privacy by including “shielded addresses,” which were intended to encrypt the transaction and address data stored on its blockchain.

Zcash, on the other hand, allows users to select the degree of anonymity they want, with two kinds of addresses: transparent addresses (which appear on the blockchain) and shielded addresses (which do not).

Lastly, users may utilize both types of addresses to make transactions with one another, although this entails various privacy risks.

To create the initial Zcash protocol, the ECC raised $3 million in funding. Zcash was originally based on Bitcoin’s source code. sent

Zcash has released a number of upgrades known as the “Sprout Series,” which include two fundamental protocol upgrades, Overwinter and Sapling, between 2016 and 2018. In March 2017, the Zcash Foundation was established with a founding endowment of 273,000 ZEC created through the “Founders Reward,” which was distributed in June 2016. During the Powers of Tau Ceremony, the foundation oversaw the largest multi-party computation event to date.

Zcash’s third network upgrade, named Blossom, took place in December 2019 and lowered the block interval to 75 seconds. In July 2020, Heartwood and Canopy were added to the network’s second phase. Following the first half in November 2020, Zcash eliminated the “Founders Reward,” which paid miners 6.25 ZEC per block.

How Does Zcash (ZEC) Work?

Zcash shielded, and unshielded transactions are both verified by nodes and recorded on the blockchain. Blocks are created using an open network of computers that use Equihash, which determines how much RAM a miner is devoting to protecting the blockchain.

This scheme was created to prevent specialized mining equipment from impacting smaller computers, allowing them to compete for rewards. (However, as of 2018, big-scale mining corporations have produced Zcash-specific mining machines.)

The way Zcash’s cryptocurrency was dispersed is another interesting aspect of it.

From the start of the blockchain’s existence, 80% of each block reward was set aside for miners, with 20% allotted to the Electric Coin Company, the Zcash Foundation, and a number of their most important employees and stakeholders.

The incentive for reservation spending under the Zcash protocol is due to expire in 2020, around the time that the blockchain network’s supply of new ZEC it can produce is reduced.

As of early 2020, a decision to extend the incentive allotment to these firms has yet to be made.

Zcash’s two address types are interoperable. Money may be sent between z-addresses and t-addresses. There are privacy risks associated with concealing or revealing information through these transactions.

Today, most wallets and exchanges only support t-addresses, although shielded addresses are available for mobile and desktop wallets.

Transfers between two t-addresses, like Bitcoin, are conducted just as openly: the sender, receiver, and transaction amount are all visible to the public. Transactions made with shielded addresses include z-to-z, shielding (t-to-z), and deshielding (z-to-t), which are all forms of privacy protection.

The most secure transaction is one that is z-to-z encrypted, which encrypts the sender and receiver addresses as well as the amount of money involved. All transactions are published on the public blockchain, so it’s possible to tell if a deal occurred and what costs were paid.

ZECs are produced by rewarding miners for solving complex computations. As a new block is discovered and added to the blockchain, coins are minted and split in the ratio of 80:20, which means that 80% goes to “miners’ reward” and 20% to “founders reward.”

As the ZEC cap approaches 21 million, the block award is cut in half every four years to limit how quickly new coins are produced. Following the event in November 2020, when the founders’ reward was cut in half, the mining rewards are still distributed in an 80:20 ratio. That means that 80% goes to miners and 20% goes to major grants (8%), ECC (7%), and Zcash Foundation (5%).

A z-address owner can share transaction information with authorized third parties via a view key, which grants read access but not spend authorization over the address. By allowing participants to make “selective disclosures,” smart contracts allow for “controlled disclosure.” This allows compliance with payment for auditing, tax laws, and anti-money laundering rules.

Each of the agreements is assigned a “rho,” which serves to authenticate them. When a shielded transaction is spent, the sender transmits a nullifier, which is the hash of an unused commitment from the rho.

This provides a zero-knowledge way to demonstrate that they are authorized to make the transaction.

Despite accusations that ZEC is a corporate coin, the developers behind the project claim that their blockchain is genuinely decentralized and independent.

They claim that since the Zcash protocol is open-source, they have no influence over mining and distribution, nor do they have access to any unique shielded properties.

The significant advantages of Zcash are:

The major criticism of Zcash is the potential for it being used as an escape route into illegal transactions by cybercriminals (especially on dark web). However, they argue this can be done legally like buying medicine online from private sellers who don’t want their identities known; companies protecting trade secrets or supply chain information with competitors, or other legitimate purposes such as human rights advocacy.

Where Can You Buy Zcash (ZEC)?

Depending on the online broker you pick, you will have the option to purchase or trade Zcash for other cryptocurrencies. You must create an account with a trading platform before beginning to trade Zcash.

Take a look at some of the best exchanges for trading Zcash.

eToro is a prominent cryptocurrency exchange. eToro is one of the first platforms to offer cryptocurrency trading, and it is well-liked by millions of people. On the platform, you can buy and sell more than 91 cryptocurrencies, including Zcash, Dash, Tron, and Tezos.

Gemini supports cryptocurrencies including Bitcoin, Ether, Zcash, Chainlink, and Cosmos. The trading platform also provides insurance for all cryptocurrency assets stored in your e-wallet and best-in-class cold storage facilities. You may also add further protection by securing your account with a hardware key.

Bitcoin is a decentralized, peer-to-peer digital currency that exists solely between network participants and requires no third party to approve or facilitate transactions. According to Satoshi Nakamoto’s own words, Bitcoin was created to allow “online payments to be sent straight from one party to another without going through a financial institution.”

Although similar types of decentralized electronic currencies have been discussed previously, Bitcoin holds the distinction of being the first-ever cryptocurrency to be used in practice.

The fact that Bitcoin was the first cryptocurrency to appear on the market has aided it in establishing a unique position among other digital currencies.

It has succeeded in establishing a worldwide community and birthing a new industry of millions of enthusiasts who create, invest in, trade, and utilize Bitcoin and other cryptocurrencies every day. The invention of the first cryptocurrency sparked a theoretical and technological framework that encouraged the creation of hundreds of competing initiatives since then. 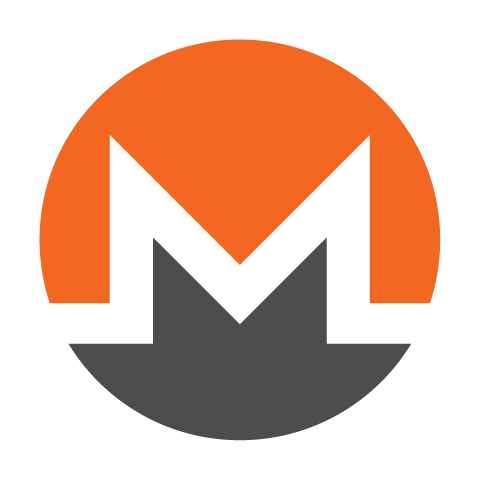 In 2014, a cryptocurrency called Monero was created with the aim of allowing transactions to be conducted privately and anonymously. Despite the fact that it’s commonly believed that Bitcoin can hide someone’s identity, blockchains are typically transparent, making it easy to trace payments back to their origin. XMR, on the other hand, is designed to hide senders and recipients by employing sophisticated encryption.

Monero has a number of characteristics that set it apart from other cryptocurrencies. One of the project’s major aims is to achieve as much decentralization as possible, which implies that users don’t have to rely on others on the network.

Privacy is enhanced by a number of distinct characteristics. While each Bitcoin has its own unique serial number, XMR is entirely fungible, which means that cryptocurrency use can be tracked. By default, information about senders, receivers, and the amount of crypto being sent are hidden – and Monero supporters argue that this gives it an advantage over competing for privacy coins like Zcash, which are “selectively transparent.”

Dash is a decentralized blockchain and cryptocurrency that focuses on providing a fast, cheap global payments system that is decentralized in nature. Dash’s white paper claims to improve upon Bitcoin (BTC) by offering greater privacy and faster transactions.

Dash was created by software developers Evan Duffield and Kyle Hagan. The project’s original name was XCoin, which changed to Darkcoin two weeks later before changing its name again in March 2015 in order to improve its reputation.

According to its website, the objective of Dash is “to be the most user-friendly and scalable payments-focused cryptocurrency in the world.” The project depends on a network of masternodes, which are servers backed by collateral in Dash and function to securely and govern the proposal system for Dash. Masternodes, in exchange for a portion of the block rewards, offer a second layer of services to the network. They include InstantSend, PrivateSend, and ChainLocks as part of their functionality.

There is no such thing as a certified “safe” investment when it comes to investing. In fact, many investors have lost big money in recent years from investments that were once thought of as safe. The ZCash (ZEC) cryptocurrency’s still-unprecedented returns have attracted a large number of investors, providing now may be the ideal time to take advantage of this high-potential crypto asset and its potential for future growth by becoming an investor today.

Understanding all you can about Zcash before making your final decision will help ensure success with whichever path you choose going forward, so make sure you do your research first!